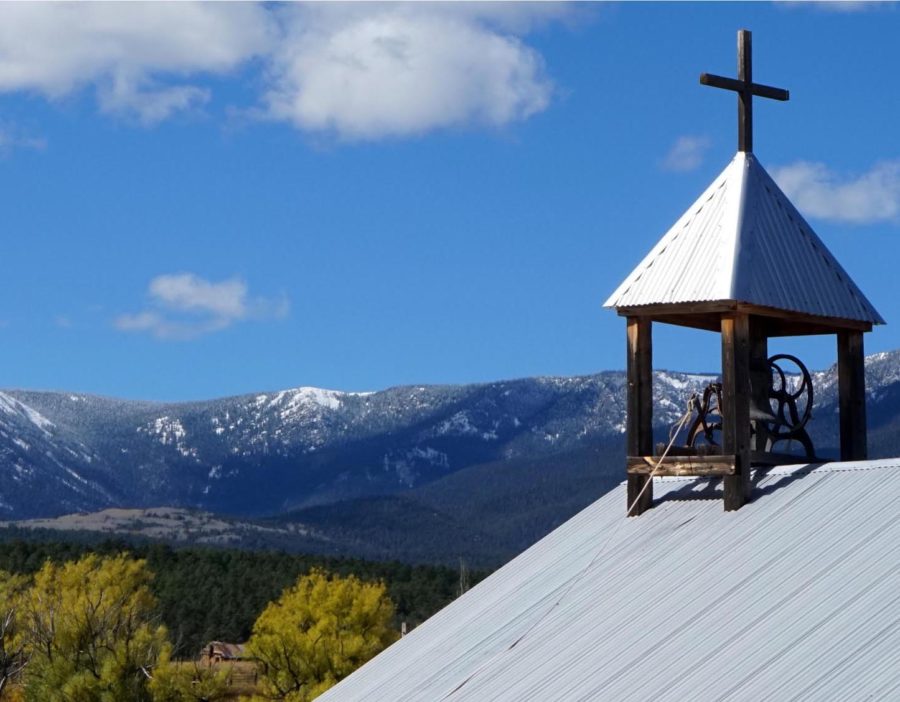 This talk focuses on the missions of Mora County as they compare to missions elsewhere in New Mexico. The talk is based on Frank Graziano’s research among Mora mayordomos and on his new book, HISTORIC CHURCHES OF NEW MEXICO TODAY, which will be available at the event.

Frank Graziano’s books on religious cultures include THE MILLENNIAL NEW WORLD (1999), WOUNDS OF LOVE: THE MYSTICAL MARRIAGE OF ST. ROSE OF LIMA (2003), CULTURES OF DEVOTION: FOLK SAINTS OF SPANISH AMERICA (2007), MIRACULOUS IMAGES AND VOTIVE OFFERINGS IN MEXICO (2016), and HISTORIC CHURCHES OF NEW MEXICO TODAY (2019), all published by Oxford University Press.

Graziano is the recipient of grants and fellowships from the National Endowment for the Arts, the National Endowment for the Humanities, the American Council of Learned Societies, the Fulbright and Fulbright-Hays programs, the John Carter Brown Library, Duke University, and the Rockefeller Foundation’s Bellagio Center, among many others. Between 1999 and 2016 he was John D. MacArthur Professor of Hispanic Studies at Connecticut College.