Mora, or Santa Gertrudis de lo Mora, is the county seat of Mora County, New Mexico.  It is located halfway between Las Vegas and Taos on Highway 518.   It sits at an elevation of 7,180 feet on the foothills of the Sangre de Cristo Mountains to the west and the start of hundreds of miles of high plains to the east.

Settlement in the Mora Valley began in the early 1800’s, although Apache and Comanche raids over the next several decades made for a hazardous existence.  Stability and a form of governance came when Governor Albino Perez granted 76 settlers 827,621 acres in the form of the Mora Land Grant in 1835.  Mora and the surrounding areas continued to grow and prosper due in large part to its location on the banks of the Mora River.

In January 1847, the town of Mora was literally destroyed as US Federal troops shelled Mora in an attempt to put down an uprising connected to the what is now known as the 1847 Taos revolt. Most of the buildings and public records were destroyed.  The town rebuilt and its rebuilding was aided by the establishment of Fort Union in the eastern part of Mora County in 1851.

Fort Union was the supply depot for the Federal forts in the Southwest.  Its voracious appetite for flour, meal, hay and livestock transformed the Mora Valley both economically and socially.  In the 1870’s at least five grist mills on the Mora River were supplying Fort Union with flour and meal.  The remains of one of the most significant, the St Vrain Mill, sits one block north of Mora’s main street.

At the end of the 19thcentury, Mora was the preeminent and most prosperous community in Northeast New Mexico. Even after Fort Union closed in 1891, Mora continued to prosper, but by 1920 changing economic conditions ushered in a period of decline for the region.  Today, the many mission churches and the surviving grist mills, many National Historic Register sites, are testimony to the vibrant Mora Valley of the late 1800’s. 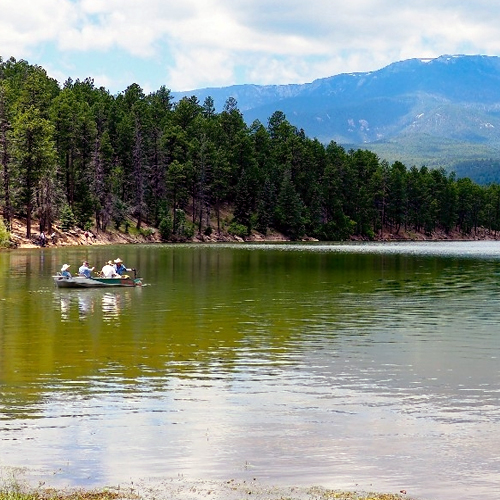