Last week the Mora County Extension Office and Mora Creative Council partnered to host Wildlife Camp 2021. The three-day camp had ten youth participants and five camp counselors, along with experts from River Source and New Mexico State Parks. The camp was funded by grants from the New Mexico Outdoor Equity Fund and the Santa Fe Community Foundation. Our camp was a great success, and we are looking forward to our upcoming youth programs! Read on for a recap of our camp experience.

On day one of Wildlife Camp, we headed to Morphy Lake State Park to study pond ecology. We broke up into two groups to do different activities. One group, led by Rich Schrader of River Source, tested the lake water. They performed different tests to determine what kind of critters live in the lake, how much oxygen was present in the water, and the water clarity. The other group, led by Carlos Herrera of River Source, got to try their hand at fishing. Then the groups switched activities before we broke for a healthy snack. The River Source team even brought along a drone to take some footage of the lake and campers! View the footage here. During lunch, we discussed coyotes— what they look like, where they live, and what they eat. After lunch, Carlos Herrera taught the kids how to clean their fish, and then they made Gyotaku fish prints with fish molds and their catch of the day. For the last activities of the day, the kids played an animal identification game and wrote about what they learned in their camp journals. Rio Mora Wildlife Refuge hosted our group on day two. Here, the kids got to learn about the forest and wildlife. We discussed survival skills while out in the forest such as always carrying emergency supplies, protecting yourself against the elements, and how to read a compass. The kids got to learn about the animals that live on the refuge, such as the long-billed curlew. Jon Erz of the Rio Mora NWR Wildlife program led an activity in which the kids had to protect their eggs from predators. The campers also got to participate in an archery activity, went on a nature walk, and learned all about the amazing senses that animals possess. The youth participants got to wind down by reading a book and writing in their journals under a big shade tree.

On day three, we visited Coyote Creek State Park where the campers learned about animal habitats in the meadow and river. Once again, the kids headed out for a nature walk to see some animal habitats in the wild. They identified bird nests and beaver damns, and even got to try their hand at building some themselves. We played a lively game of animal tracks bingo, in which the campers had to correctly identify animal tracks in order to make bingo and win a prize. Pat Walsh of New Mexico State Parks taught the kids all about beavers and their habitats before we broke for lunch. After filling our bellies, the kids got some exercise by running around and working as a team to complete a scavenger hunt. We ended our camp by handing out wildlife guides and participation certificates to all our youth participants.

Overall, the camp was a great success! We had a very smart and well-behaved group of campers who gave us great feedback and ideas for next year’s camp. The Mora County Extension Office and Mora Creative Council would like to thank our partners at New Mexico State Parks, U.S. Fish and Wildlife Service, River Source, Santa Fe Community Foundation, and the New Mexico Economic Development Department- Outdoor Recreation Division. We would also like to thank all the parents and campers for their participation. Special shout-out to Suzanne DeVos-Cole for her thorough planning and curriculum development and to our volunteers Anita Moss and Robyn Ortega for donating their time and knowledge. We still have four upcoming summer camps including Under the Ocean Art Camp, Cultural Connections Camp, Equestrian Camp, and STEAM Camp, so contact the MCC or the Extension Office for questions and registration! 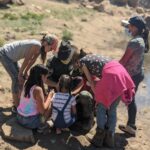 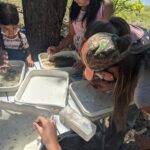 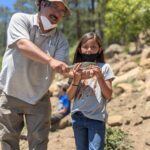